Indonesia U16 national team (Timnas U16 for short) lose 3-2 to hosts United Arab Emirates (UAE) in a friendly game on Wednesday October 21, 2020.

Timnas U16 took the initiative from the start and scored early in minute 5. Scorer Raka Cahyana shot from close range following a one-two move with a team-mate.

The UEA drew level on minute 25, goal by Sultan Adel Mohammed whose shot goalkeeper Raka Cahyana Rizky failed to save.

With scores still level, Timnas U16 increase the tempo to gain the upper hand. On Minute 40 a shot by Ahmad Athallah Raihan right into the back of the net, and Timnas U16 leading 1-2.

First half ends with the score 1-2 to Indonesia.

In the second Half, coach Bima Sakti made several substitutions. The UEA gain more dominance in the second half. Striker Sultan Adel Muhammad scores two more goals on min 52 and 74 to make it a hattrick. The second half ends with UEA winning the game 3-2.

Coach Bima Sakti address that his team is showing improvement albeit the loss. He especially appreciates the chemistry between players while being suppressed . He also point out, the ability to do transition as an aspect showing improvement.

Bima Sakti added, positional discipline and communication are two things that certainly needs to be improved.

“It is obvious at the end of second half, Timnas U16 failed to maintain positional discipline and it gave room to UEA players. The UEA is a good team and We lose focus a bit at the last minutes, but generally we’ve given our best” Added Coach Bima Sakti.

Timnas U-16 will again meet UEA in the second game on Saturday October 24, 2020 at the same stadium. This friendly is part of Timnas U16 preparation for their involvement at the 2020 AFC U-16 Cup that will be held on 2021. 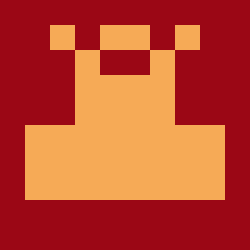